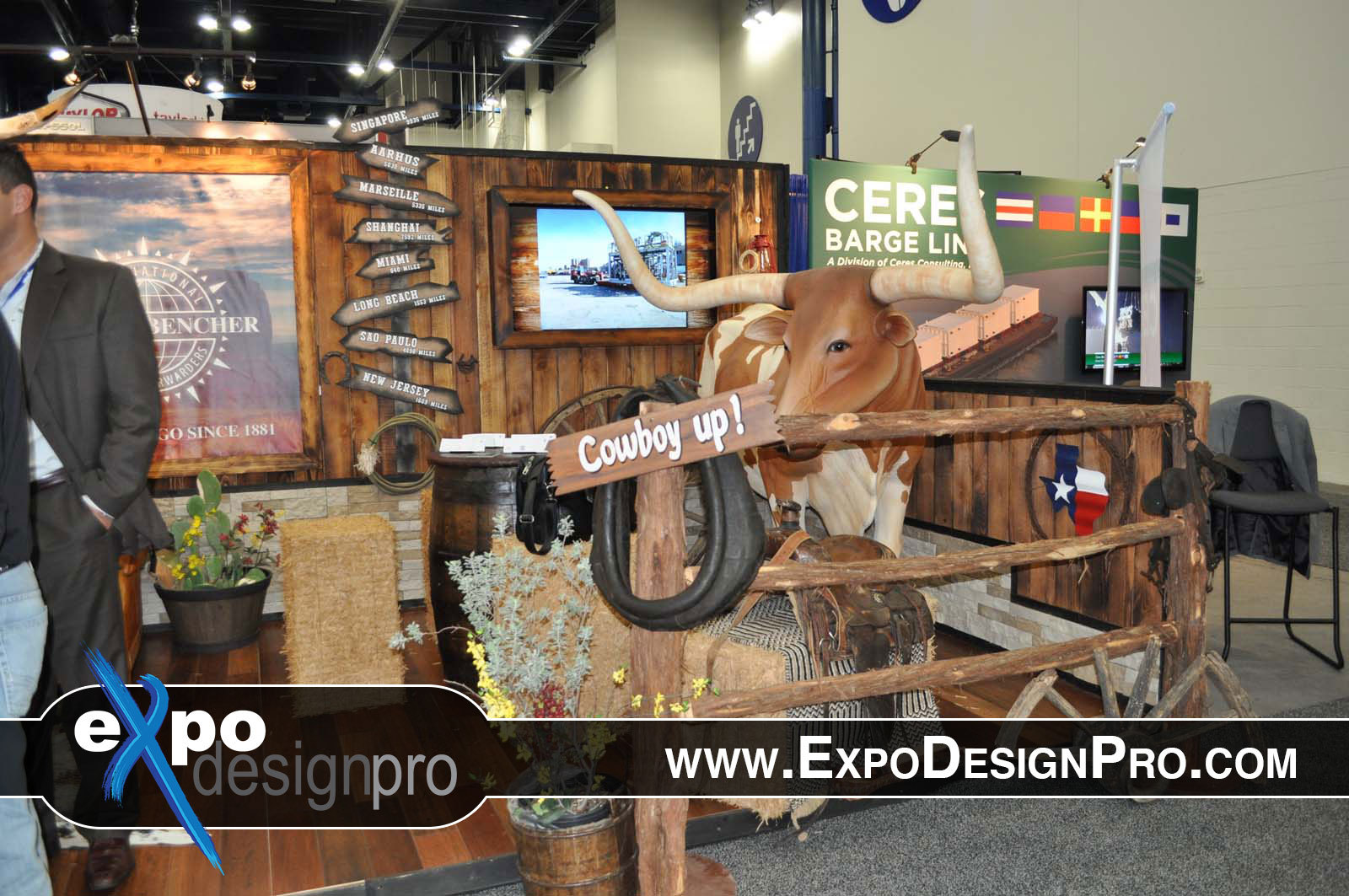 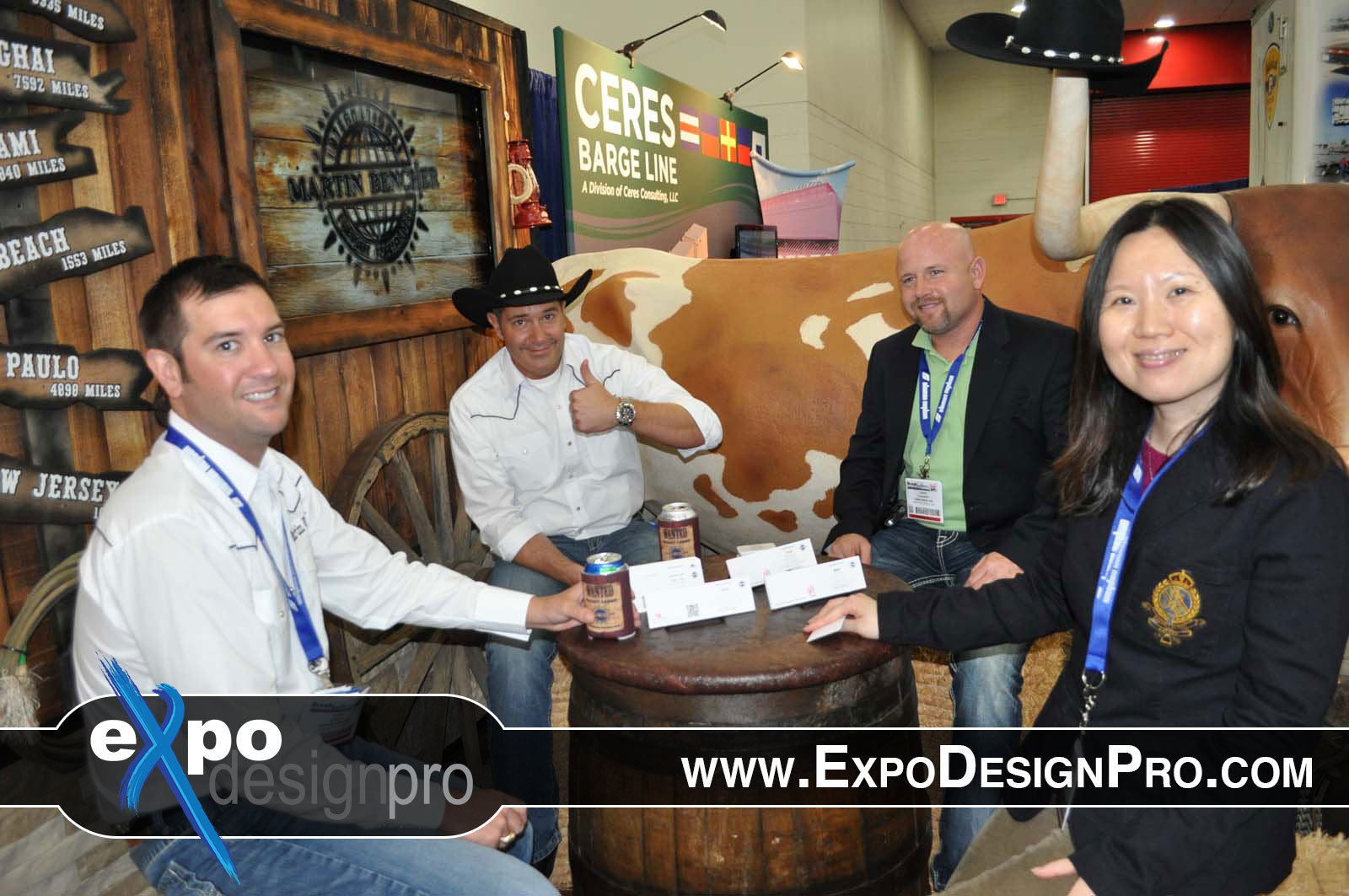 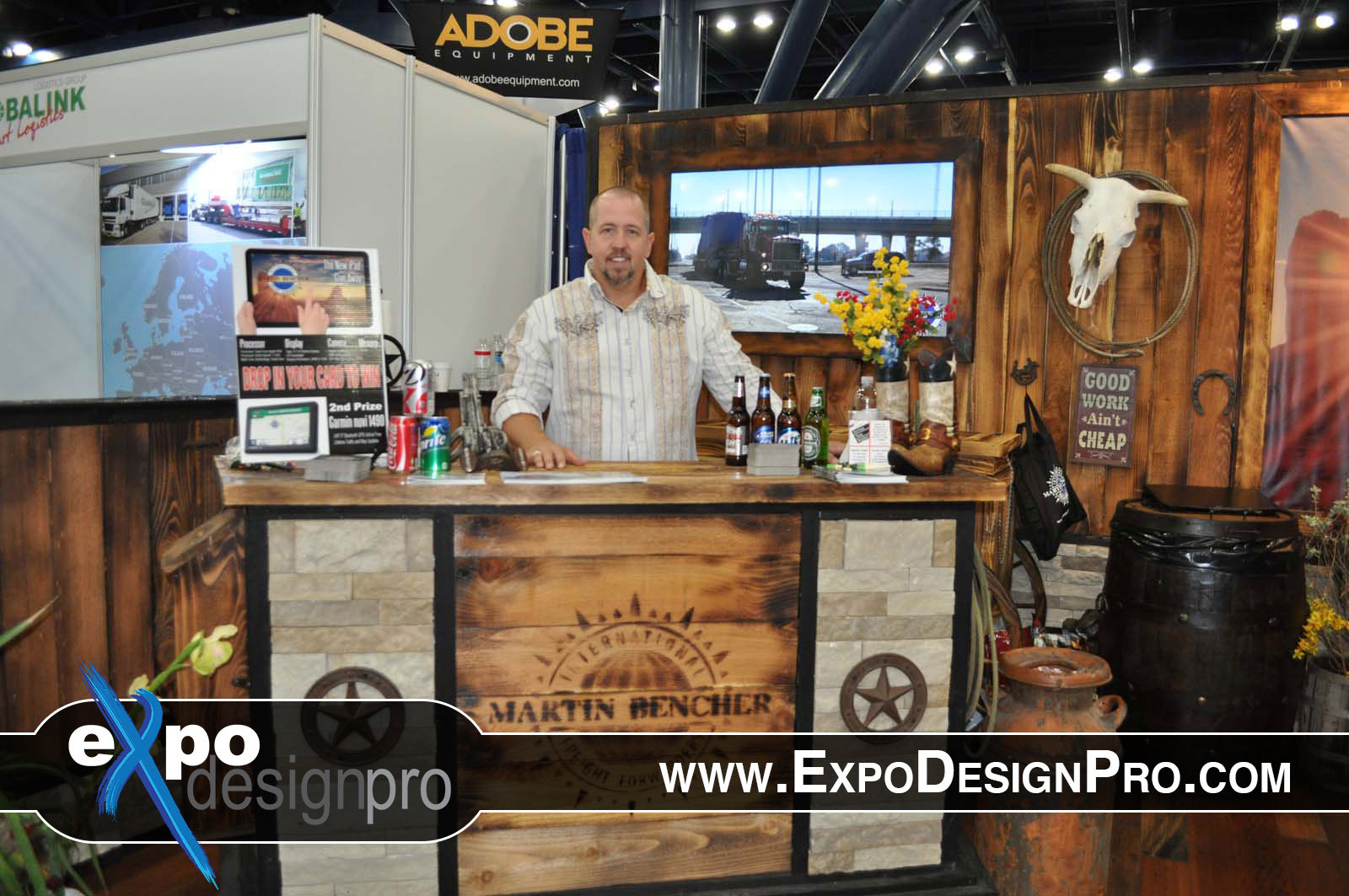 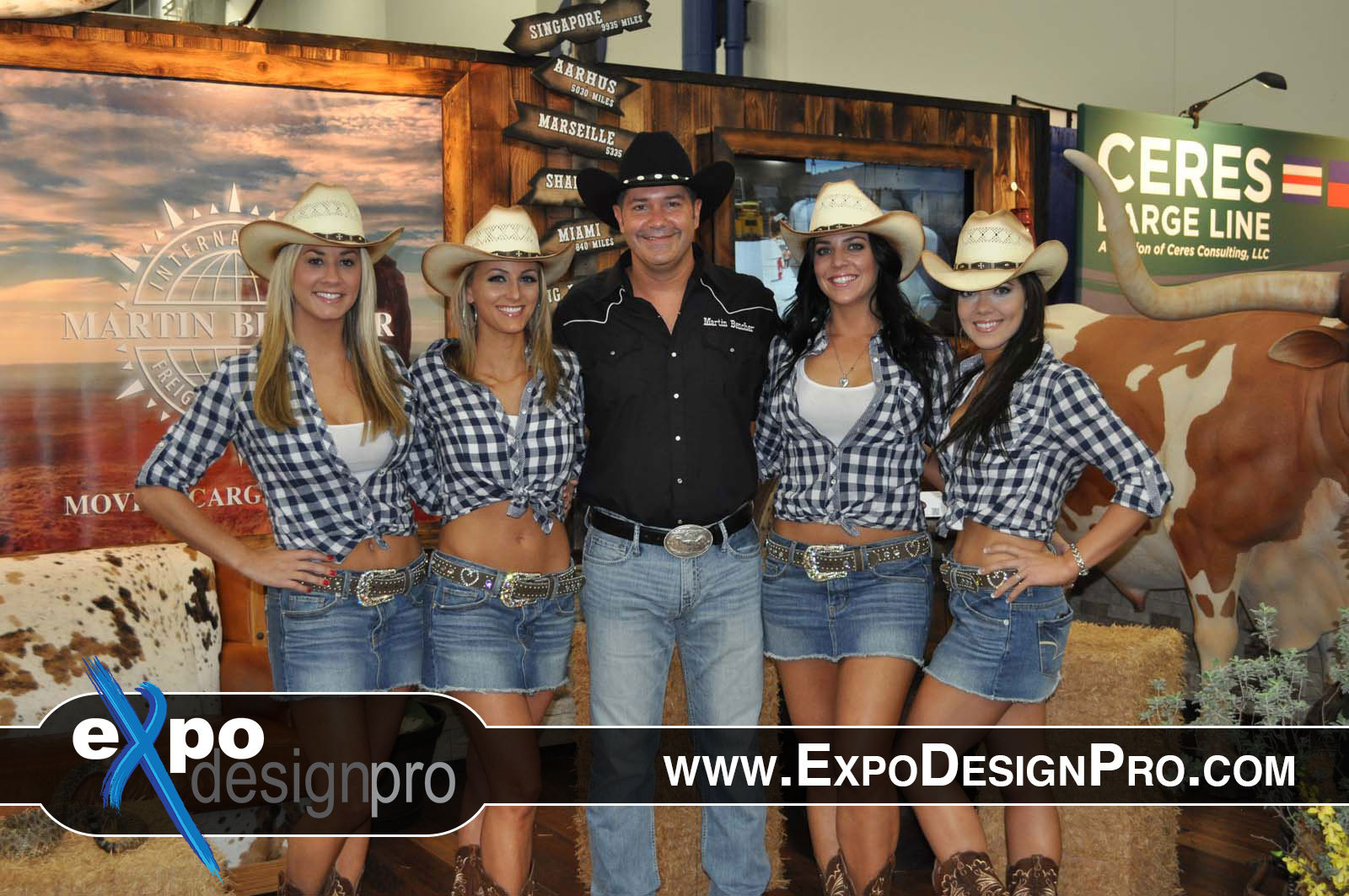 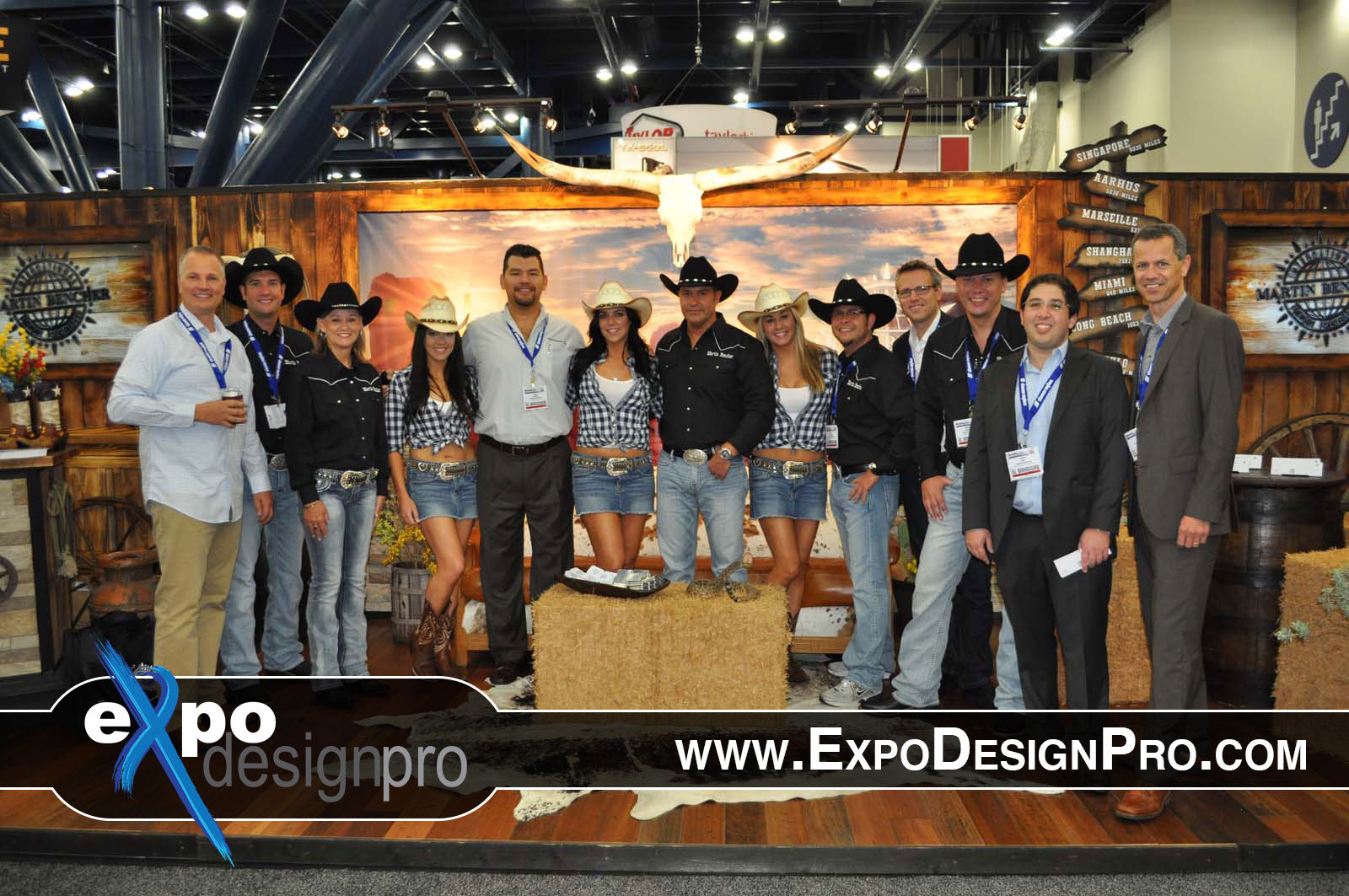 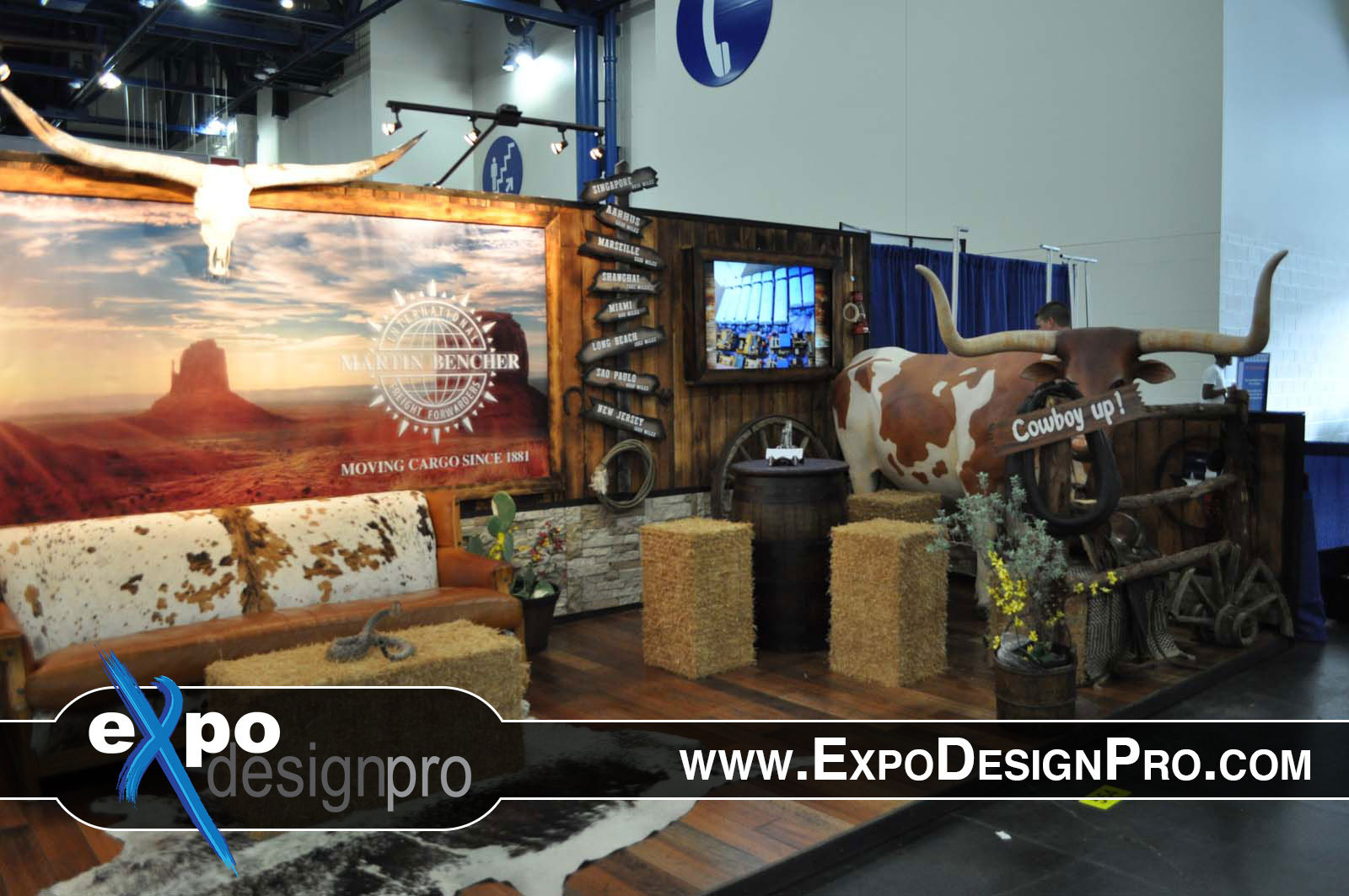 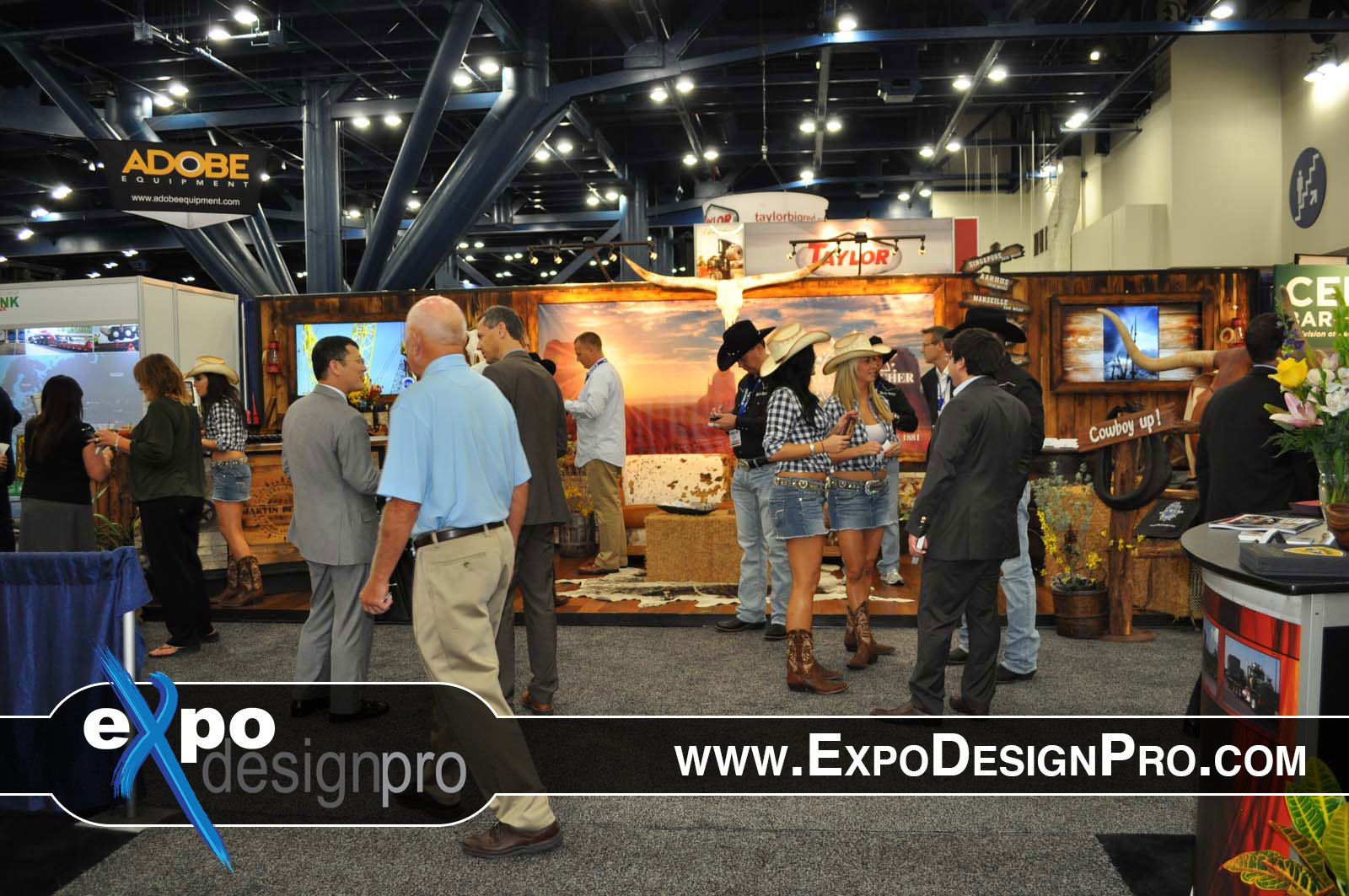 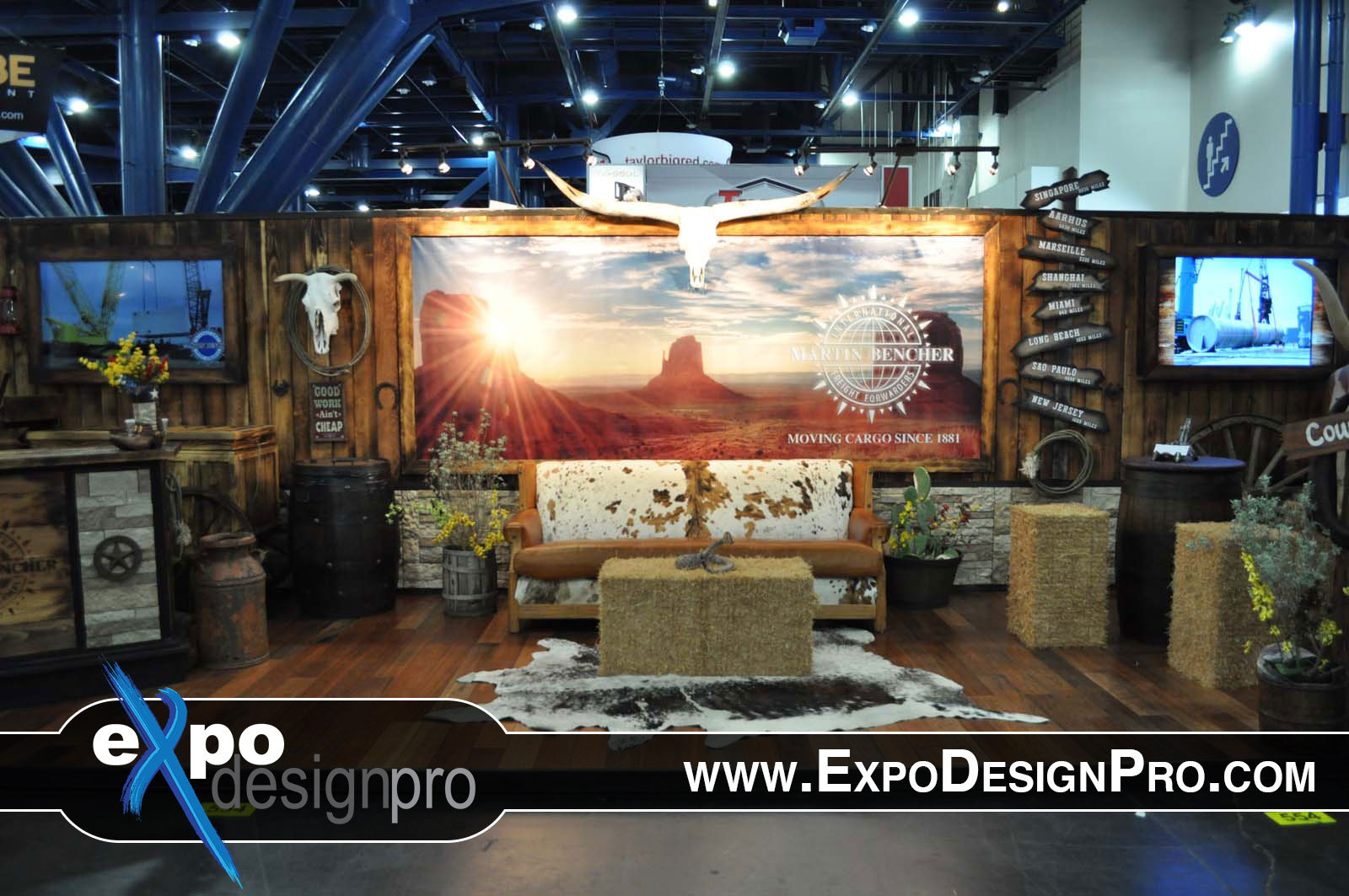 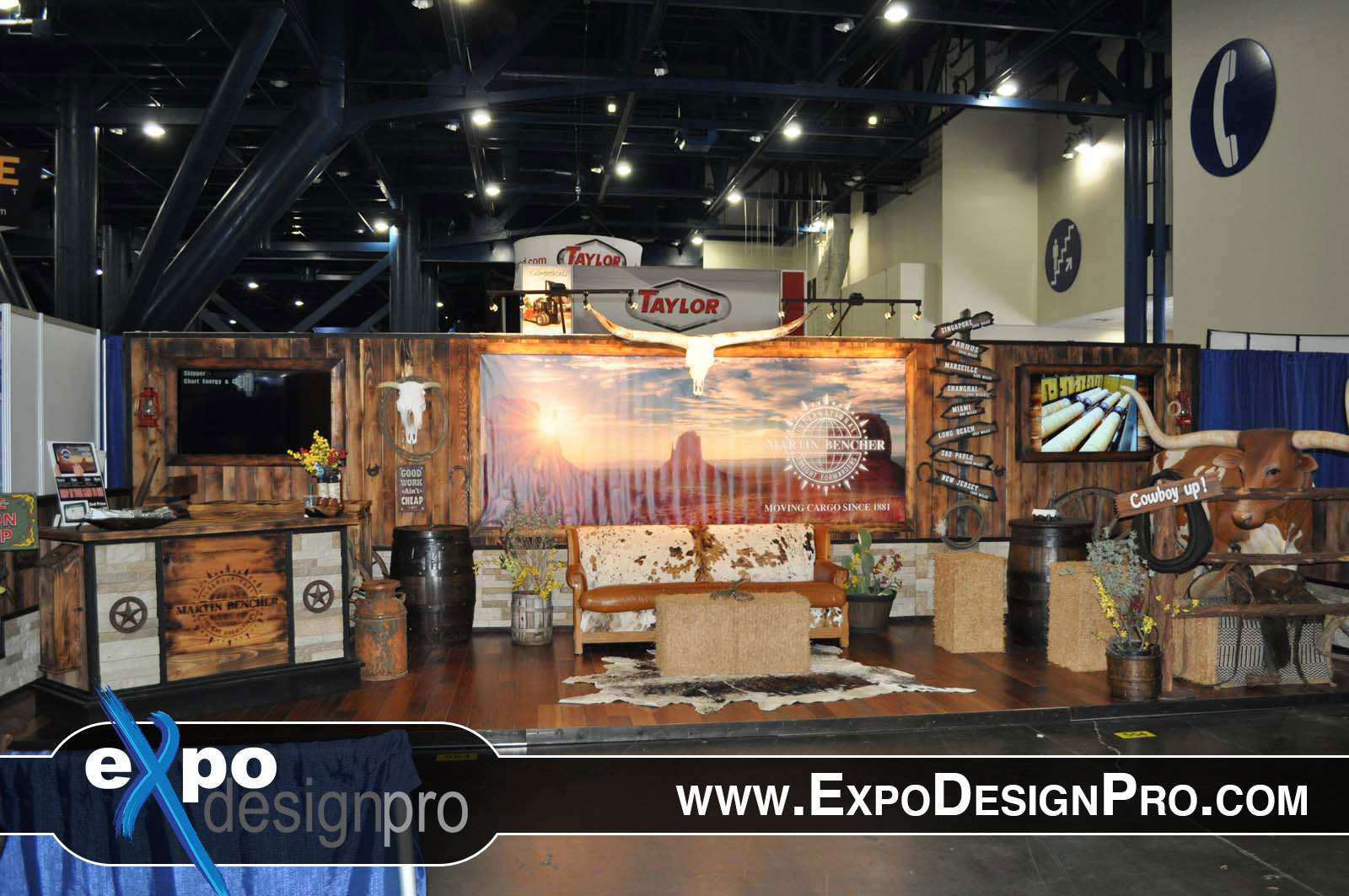 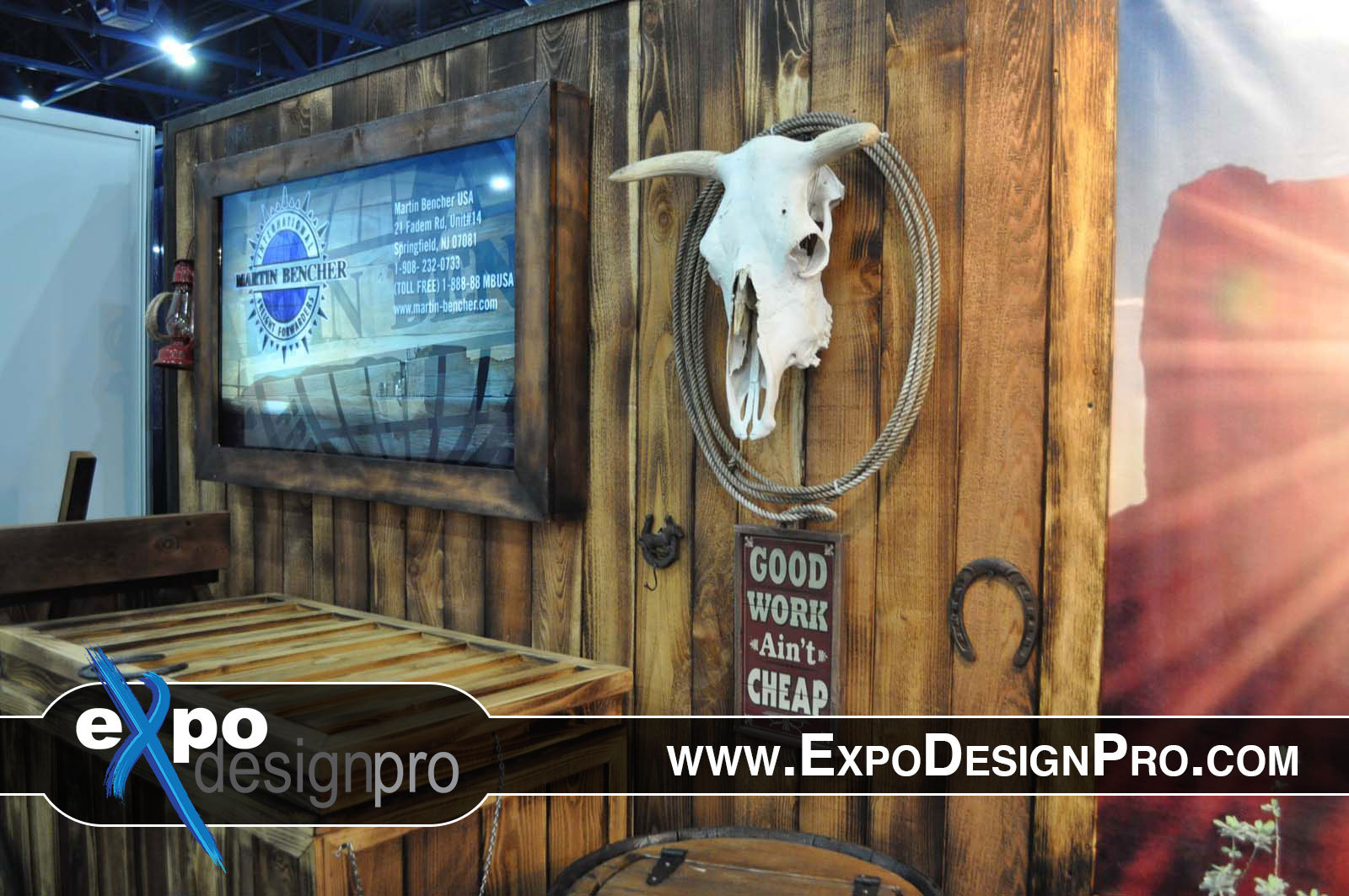 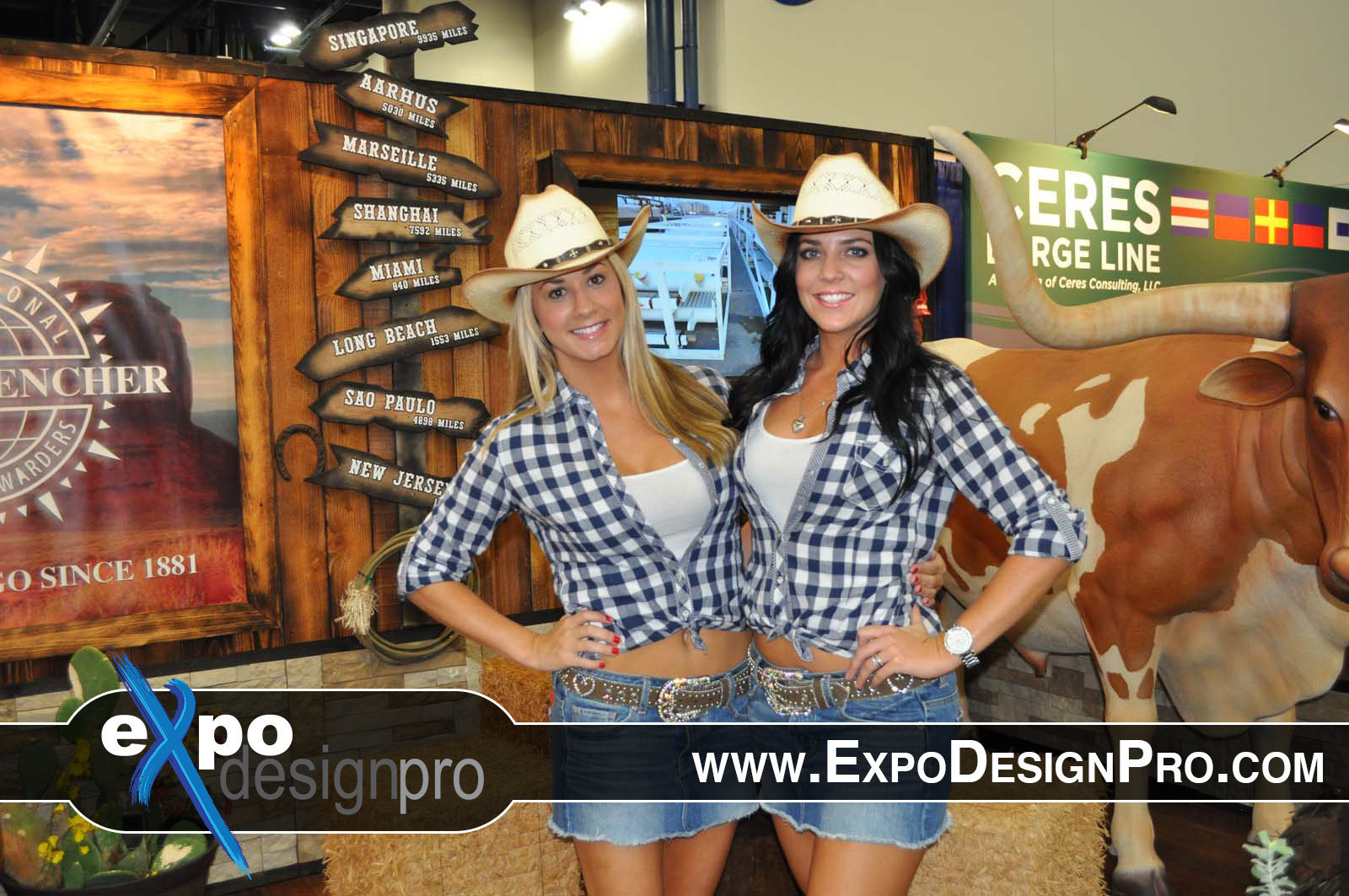 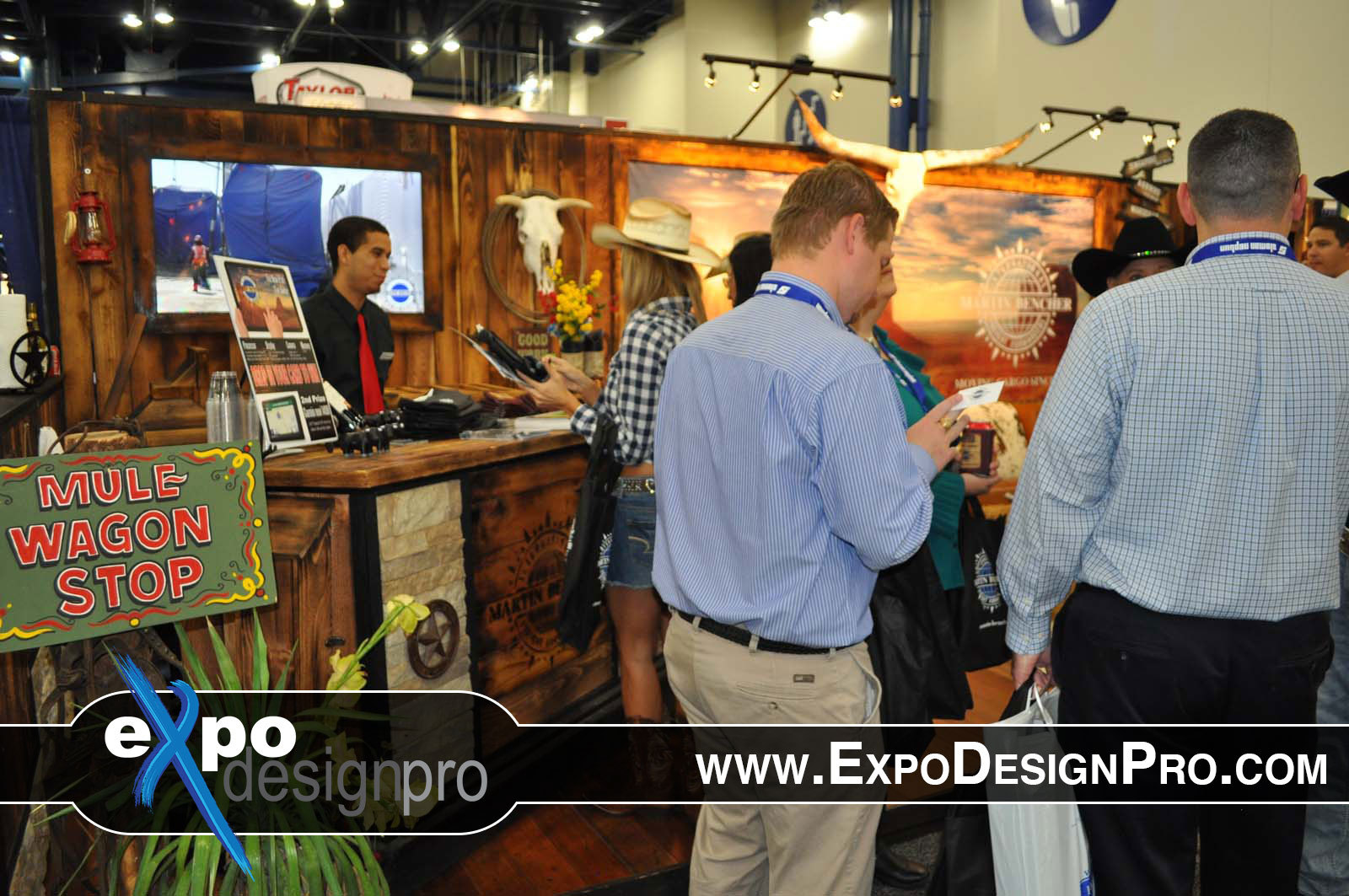 When we learned that the trade show for this client was going to be in Houston, Texas and considering Houston hosts one of the largest rodeo and livestock shows in the world. We thought the ultimate theme would be a country western saloon theme. The idea was the give the  exhibit attendees the feeling that they have just walked into a country western time warp blasting them back to the 1800s (minus the LED TVs of course).

The Scope:
Build a trade show booth that had the rustic look of the country western theme. There were many skills that were used to get the look we were after, one technique was to burn each piece of cedar used of the wall and the bar of the booth. By burning them, they gave the booth the natural aged look we were after. The logo for our client was also burned into the front of the bar. Another fantastic feature of this booth was the installation of the artificial stone that was inlaid with each piece into the panels. The Center piece of the booth was a western scene that we put on final and illuminated with the over head lights. On each side of the banner was 2 -55" LED TVs also framed in burned ceded. There were many other props that were strategically placed to capture the look and feel of really being in a "Cowboy Saloon."

The country theme for the slide show was also produced by Digiworld Media to play on the 55" displays.